Join us on Sunday 1st March 2020 at Kaiso Blues House for "D Legacy" as we pay tribute to Raf Robertson. 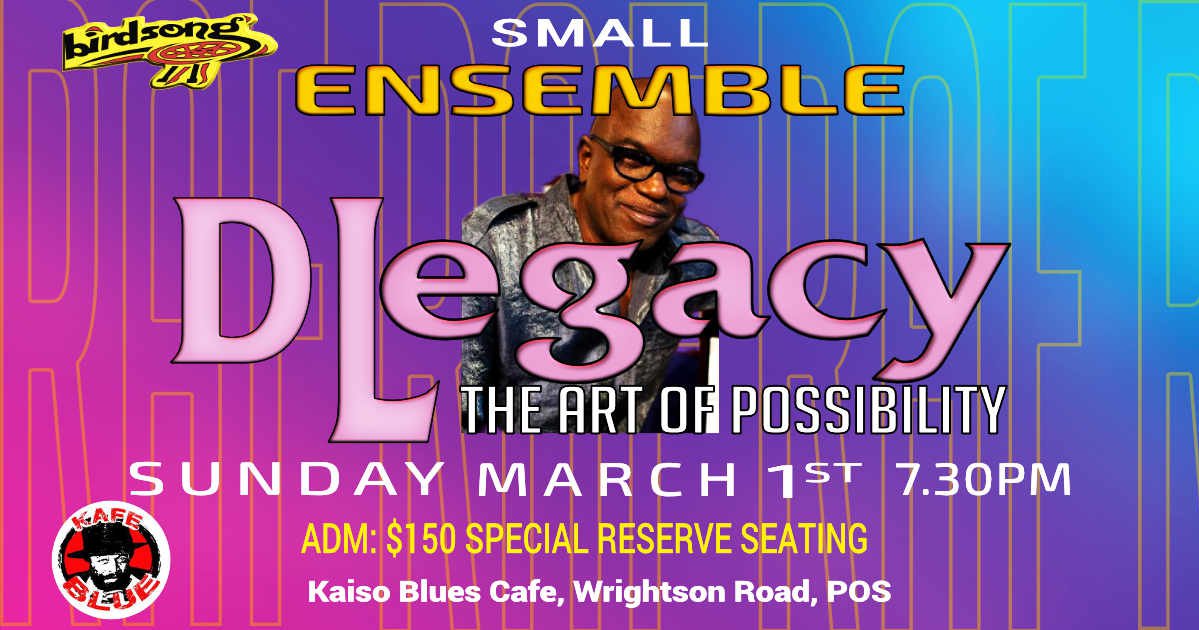 You're invited to a  live musical performance honouring the legacy and influence of the late Raf Robertson featuring the birdsong Small Ensemble at the Kaiso Blues Cafe, Wrightson Road, Port of Spain on Sunday, March 1st at 7.30pm. Entitled “D Legacy — The Art of Possibility” the show will feature a number of the “young guns” on the local Jazz/Fusion/Blues/Kaiso scene, including; Nyol Manswell, Derrianne Dyett, Nicholas Jones, Von Best, Dion Mansing  and Daniel Ryan among others. These young musicians have all been inspired and influenced by this great hero and pioneer of Caribbean music.  Indeed, in the spirit of one of Raf’s treasured aphorisms  — “In the Universe of possibility you set the context and let life unfold”  the evening promises a number of  “surprise” appearances by other musicians who have worked with Raf.